Why does she feel the need???

Piper has gotten into this bad habit.  I pretty much cannot leave her in the car without being supervised...not even for 5 min!  She feels the need to grab whatever she can and shred it to pieces.

We were in Calgary this past weekend for an agility trial.  It was Training Troop's Halloween Howler and we had Crayola crayon costumes to enter the costume contest on the Saturday.  (btw we didn't win).   So we packed up the costumes, put them back in the plastic bag and threw them back in the vehicle.  I'm debating whether to keep the costumes, or to sell them.

Saturday evening, we quickly went to pick up food for supper.  We were not even gone for 10 min.  We found the plastic bag ripped to shreds and the packages with the costumes in several different pieces. Luckily she didn't wreck the costumes.  They were still in tact!  I'm surprised because most of the costumes are made out of foam. 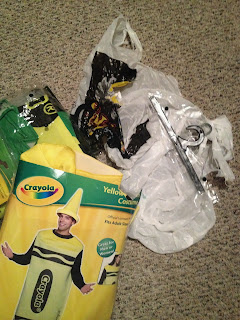 On a positive note, we had a good weekend.  We q'd 4/6 runs and probably had our best Standard run ever.  Of course we didn't bring out the video camera for that.  So instead, here's a pic of us as a pack of crayons. 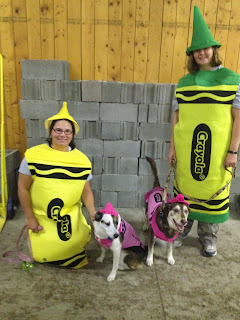 I had to pull Keeper from the trial and she stayed home.  However, Shauna had offered to take Keeper to a Halloween party at Paws on the Run.  They were our missing Crayons from our pack of crayons. 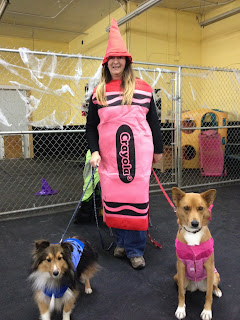 I want to thank Shauna for taking my crazy one.  I know she had fun!  Also want to thank Wendy for letting Keeper join the festivities, and Amanda for helping Shauna out handling the two dogs.  :)

Well, this is my first blog post ever, and why not do it on Piper's ninth birthday!  I can't believe she's nine already.  Happy Birthday Pipes! 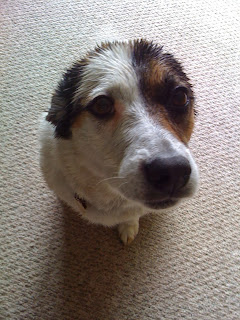 I started this blog to share all by pup's naughtiness and craziness!  There are lots of stories from the past and will certainly have stories to write in the future.  Even though Piper is nine, she is just as naughty as she was when my husband and I adopted her when she was one years old.


Keeper, on the other hand, is Piper's understudy.  She will easily fill Piper's shoes in due course. 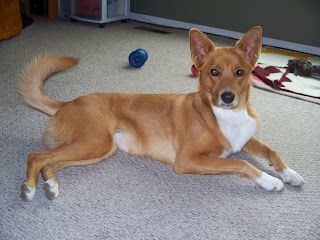 Right now Keeper has not been well.  Some vomiting and lots of diarrhea.  :(  Had gone to the vet a couple of weeks back and medicine did not work.  On Monday we had x-rays and blood work done.  There's inflammation and also found out her protein levels are low.  We overhauled her diet and will be getting vitamin b shots for the next while.  As a result, I had to pull her out of the training troop trial and also pulled her from the CAA trial. I was looking forward to running her.  She's made huge improvements over the last month.  But priority is to get her healthy!

Hoping I can keep this blog up to share my stories.  Hope you will enjoy!

Shannon
This blog is dedicated to all who have crazy and naughty dogs like mine. I decided to start this blog to share our crazy stories. 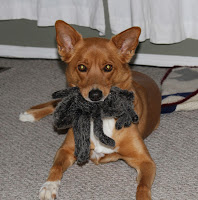